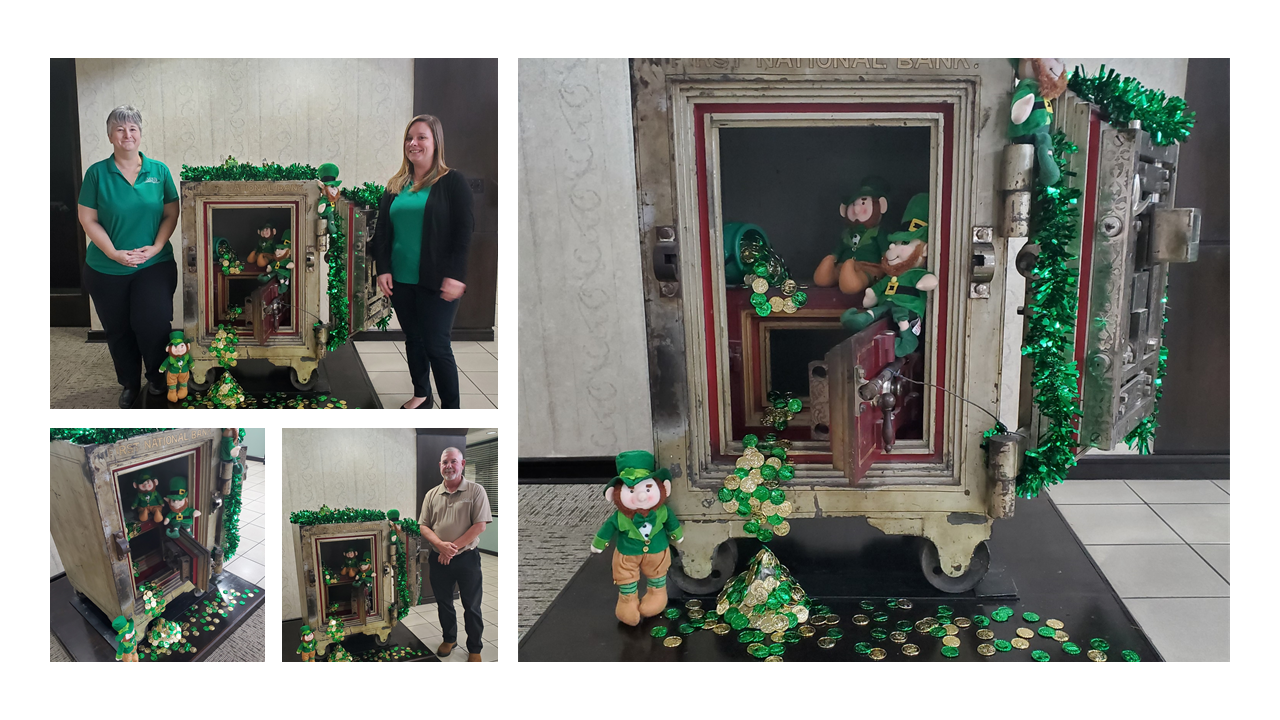 These little leprechauns were running amok when we arrived at the bank! We caught them pouring out their pot of gold everywhere. There were coins in every little nook and cranny!  We know they will be back next year to cause as must chaos as possible.  Pictured above are some of our Magnolia State Bank team members, Tawnya Schmitt, Sarah Paul, and Greg McRee.

We pop by a few of our customers place of business in the Milledgeville area on February 14th, to visit with them and see how they were doing.  At the same time, we delivered a special treat to each of them.  Pictured above representing Magnolia State Bank is Catelynn Duncan & Ariel Bowley.  Pictured above are a few of our customers from round the Milledgeville area from left to right; C&B Meat Market LLC, Bug House of Milledgeville, Fowler-Flemister Concrete Inc, Dr. Nazir with the Baldwin Medical Center (staff member), Twin Lakes Physical Therapy, PrimeCare Home Care Services Inc, and Castco Investment Group LLC. 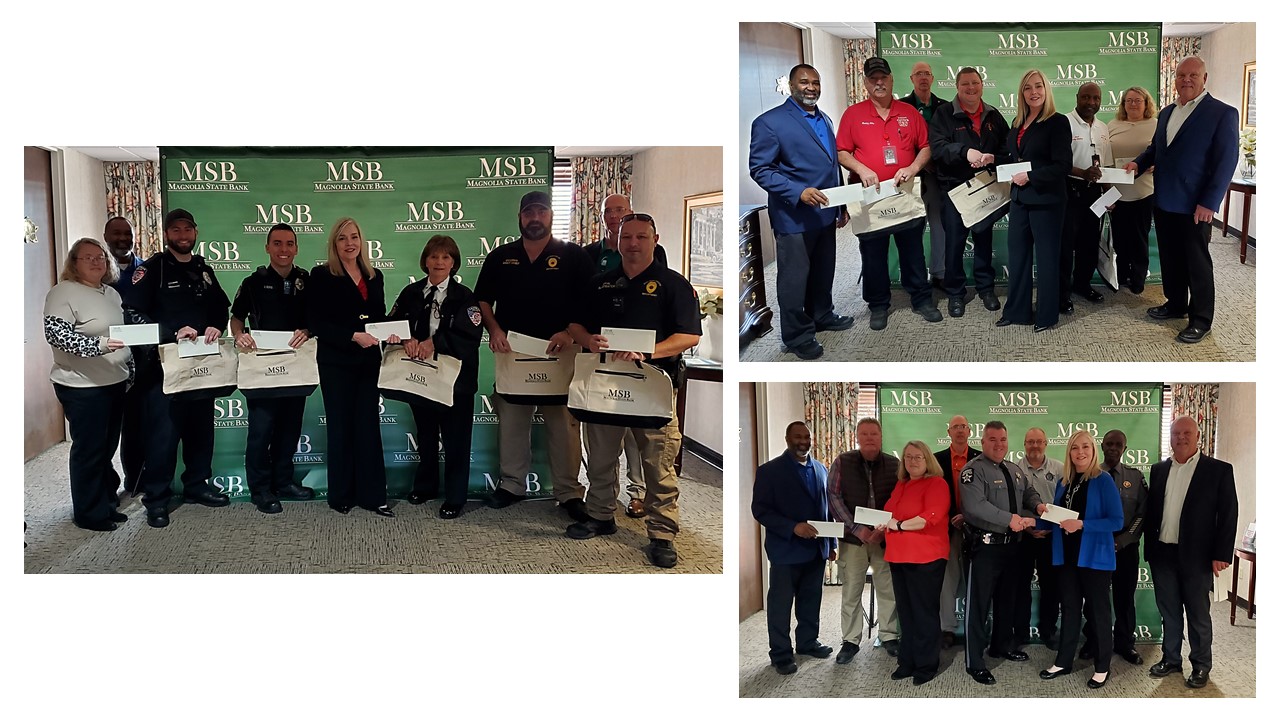 Magnolia State Bank presented the Dodge County/Eastman essential workers, from the Police, Fire, and Sheriff's Departments, with a gift consisting of The Butcher Block gift certificates on January 25th.  To show our appreciation for the outstanding job they do for everyone in our community.  Pictured above are our team members Becky Howell, Otis Goolsby, Jolene Carroll, Allen Long, and John Jessup.  The picture on the left is the Eastman Police department represented by officer Shawcroft, Josh King, Chief Becky Sheffield, Asst. Billy Cooper, Sargent Wesley Dyal.  The top right picture is the Fire department represented by Buddy Noles, mark Sheffield & Fire Chief Scotty Whitten.  The bottom right picture is the Sheriff's department represented by Sheriff Brian Robinson. 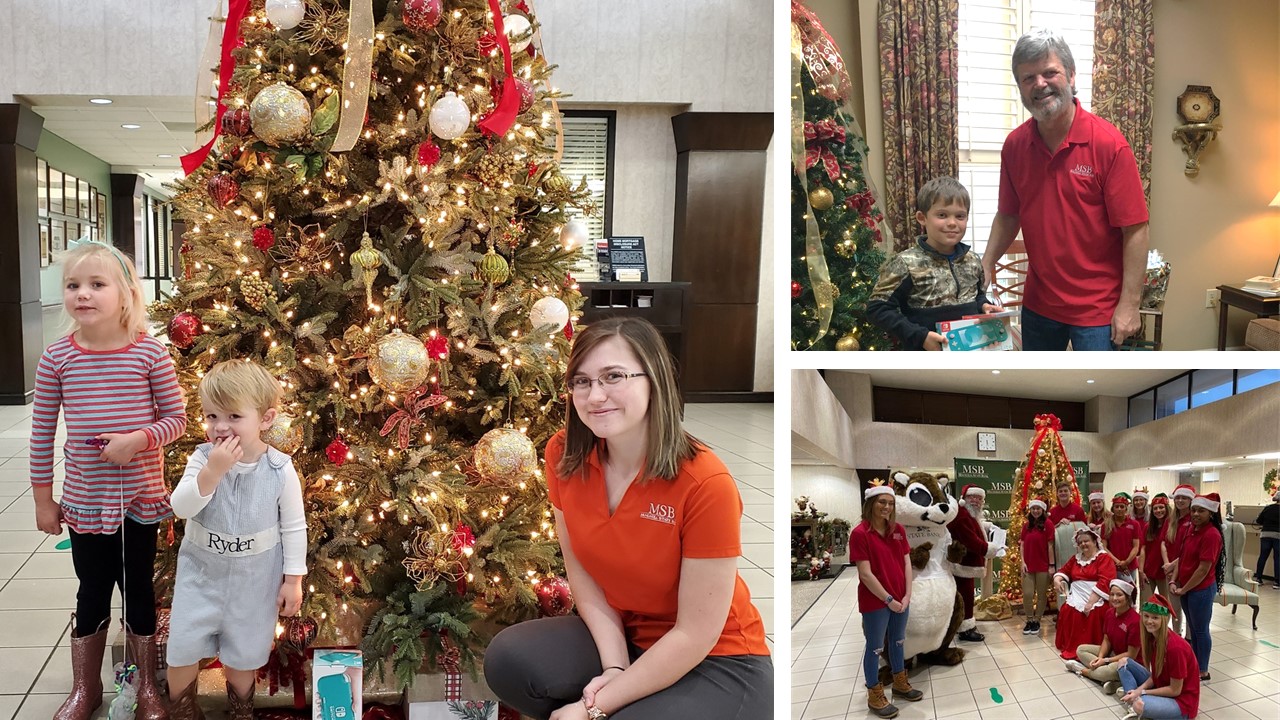 Every year Magnolia State Bank holds a coloring contest, where the winners are given a special Christmas present.  The holiday season is all about giving back, so seeing a child's face light up when they receive a gift makes everything worthwhile.

Pictured above are the winners of our Saver Squirrel Nintendo Switch Lite giveaway. A winner was chosen in each of our market areas out of all of those who were entered into the drawing. The winners are Ryder Holt (Eastman), Kason J. Lumley (Gray), and (not pictured above) Cayden D. Juhan (Milledgeville). Congratulations and Merry Christmas! 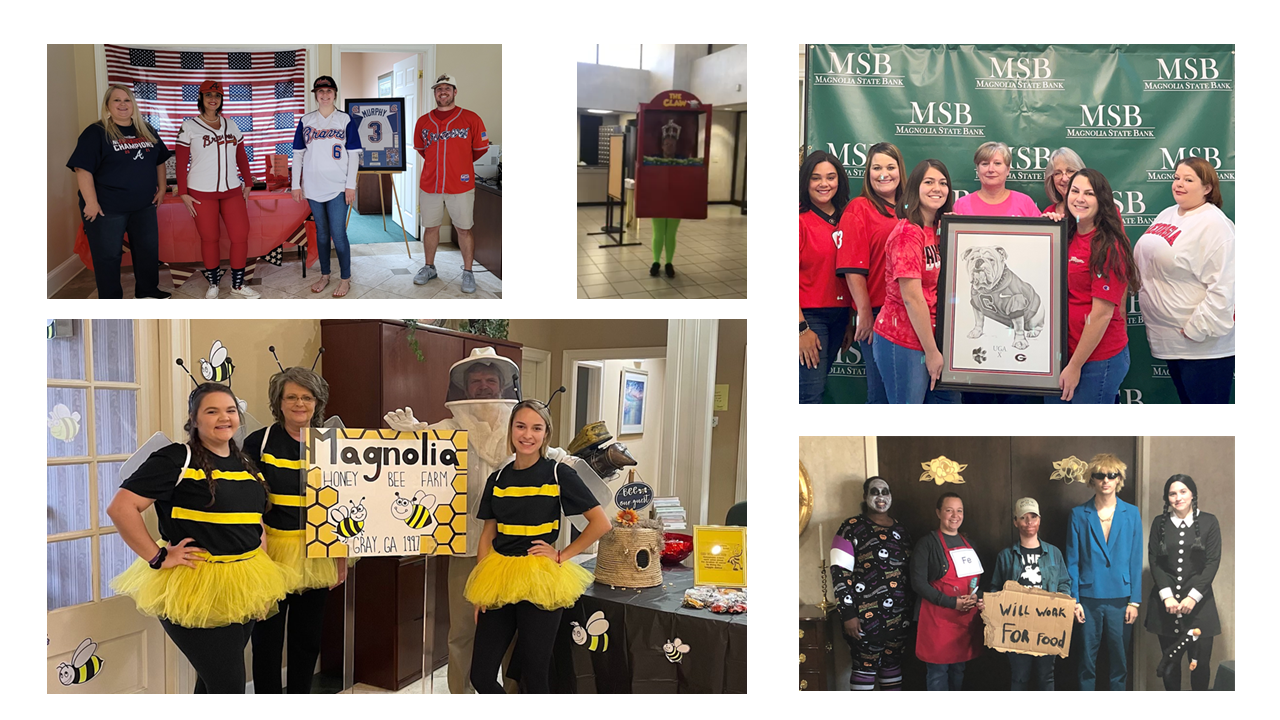 Happy Halloween! Pictured above are some of our Magnolia State Bank team members that participated in our annual costume contest at each of our locations.  Top left is our Milledgeville location sporting an Atlanta Braves all-star team being led by Jesse Law. Top middle is our overall winner, Becky Howell, with the amazing costume of "The Claw" machine from Toy Story.  Top right is our Downtown Milledgeville showing their team spirit for the Georgia Bulldogs.  Bottom left is our Gray location where they're always busy as a bee.  The bottom right is our Eastman location where we had Jack from The Nightmare Before Christmas, an Iron Chef, a homeless man, Tyler the Creator, and Wednesday Addams.
112 Years in Business: 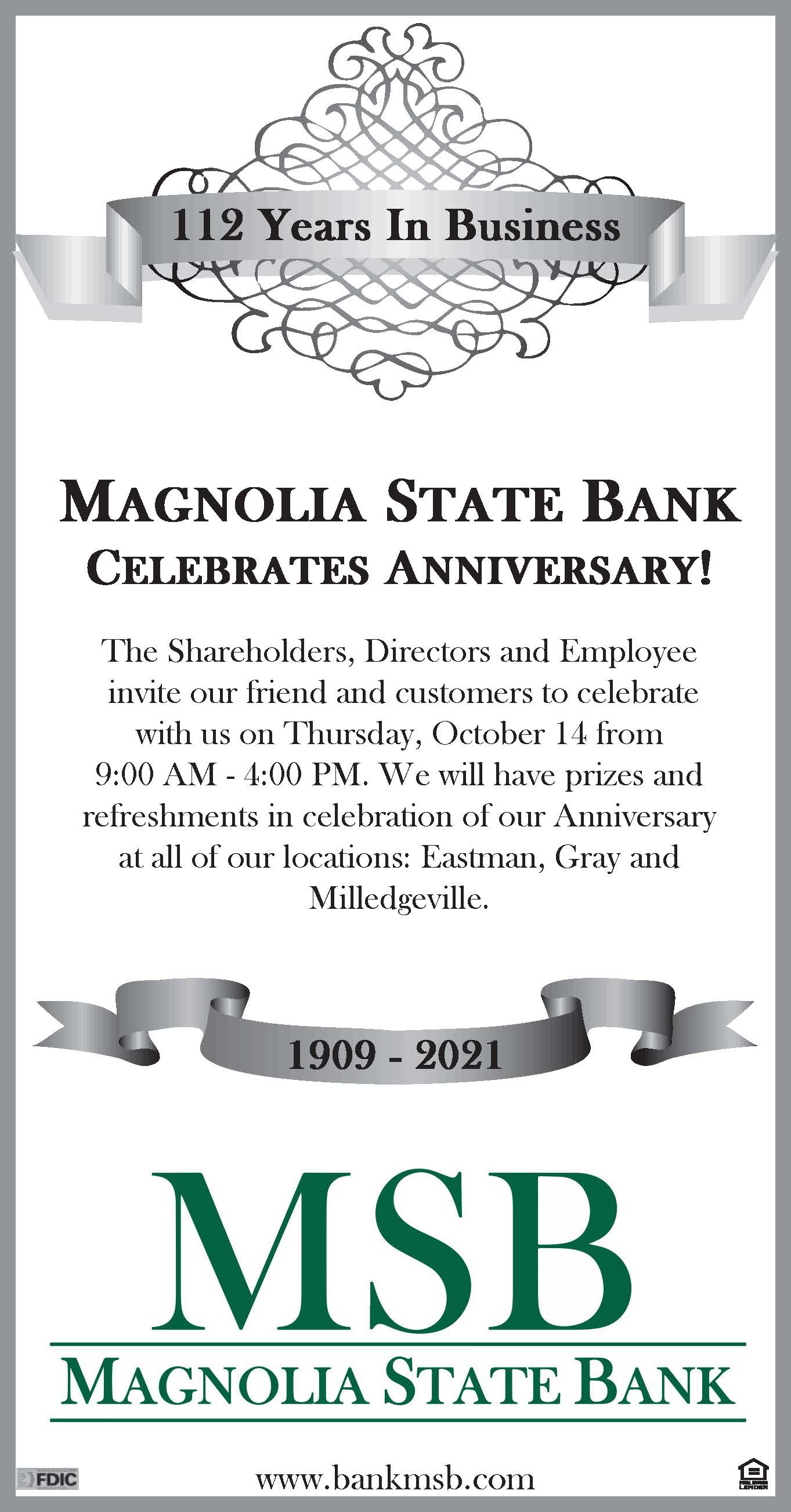 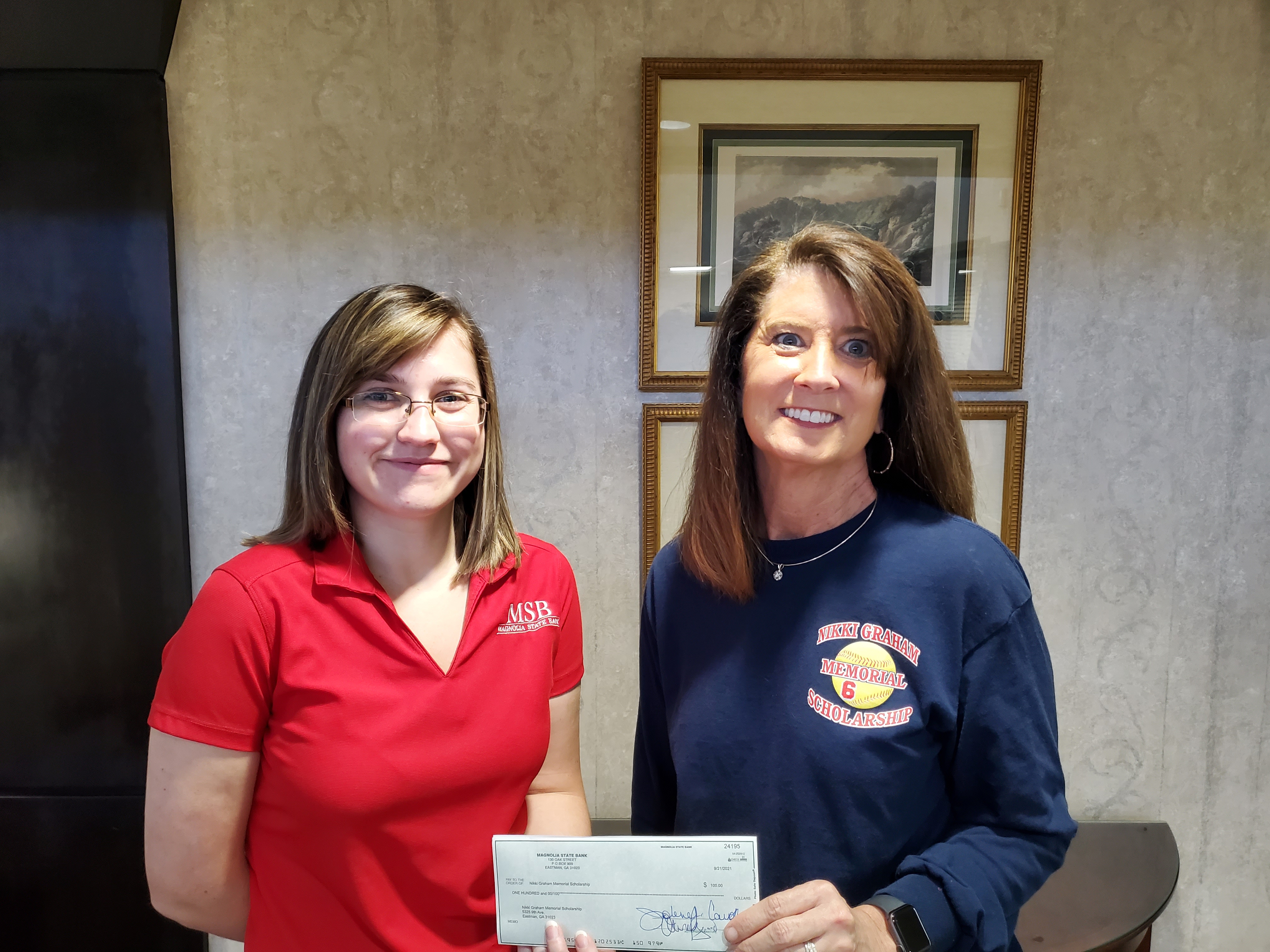 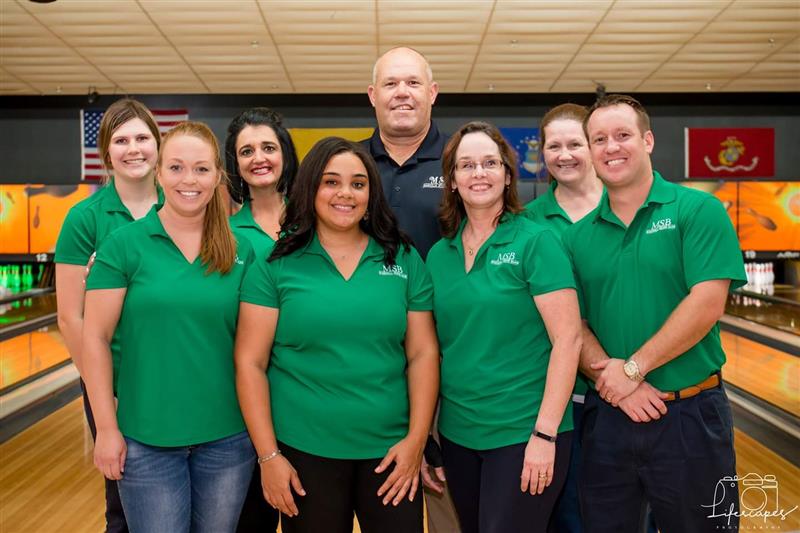 Pictured above are some of our Magnolia State Bank team members at the MBC Chamber of Commerce Annual Bowling for Business. We always enjoy being a part of this event each year and be able to spend time with other business community leaders. 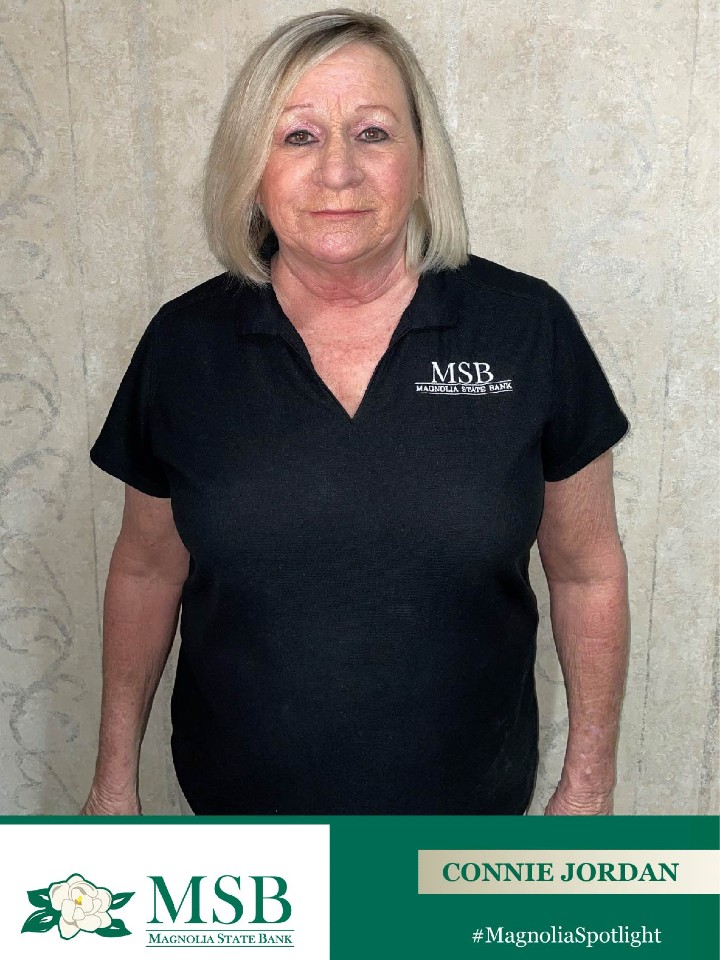 #MagnoliaSpotlight Meet Connie! She's the new head teller at our Eastman Office. Ever since Connie joined our bank family, she has been an individual that will go above and beyond to help anyone that walks through our doors. She provides guidance to co-workers, who benefit from her 13 years of banking experience. We’re grateful to have a member like Connie be a part of our MSB family. #MagnoliaStateBank #BankLocal #CommunityBank 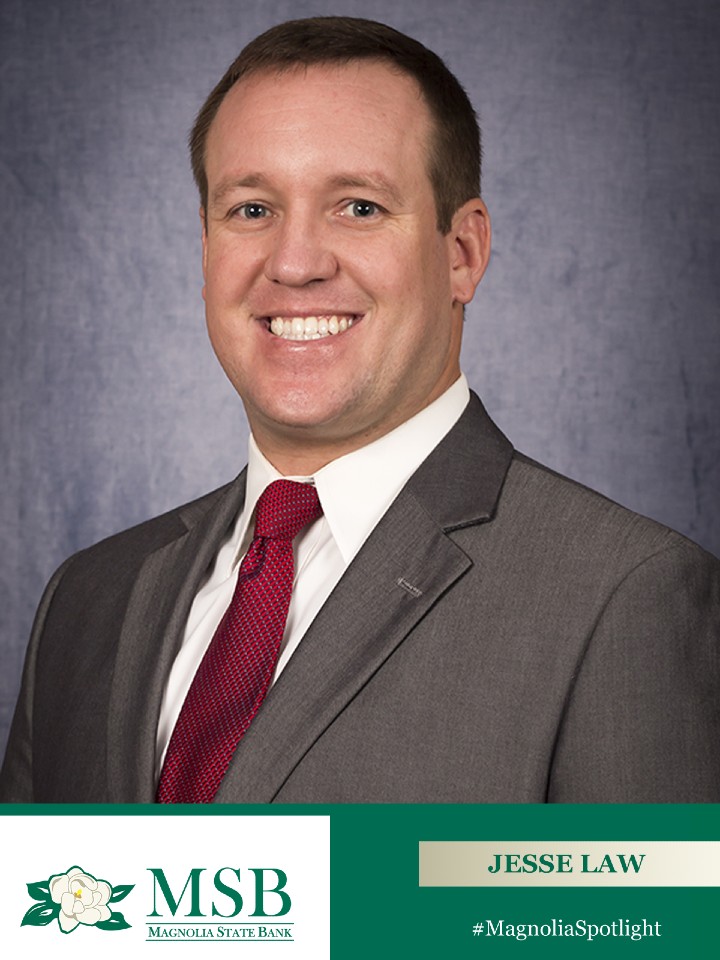 #MagnoliaSpotlight Magnolia State Bank is proud to announce that Jesse Law has been promoted to Branch Manager and Lending Officer of the Milledgeville branch, located at 2451 N. Columbia Street. Mr. Law joined the bank in 2009 and has worked for the Company in several capacities, but most recently as Credit Card and Collections Officer. In his role as Branch Manager and Lender, Law will be responsible for overseeing and directing the overall performance of the branch, including attracting, expanding and retaining client relationships, as well as consumer and small business lending. “Jesse’s experience and knowledge of the many areas of the bank made him a natural choice for this position. We look forward to the continuing contributions Jesse will make in this new role,” Said Jolene J. Carroll, President and Chief Executive Officer.

Mr. Law is a graduate of Dodge County High School. He received a Bachelor of Business Administration in Finance from Georgia Southern University. He is a past member of the Eastman Rotary and Lions Clubs and a present member of the Milledgeville Jaycees. Jesse, his wife Crystal and son Jax are Milledgeville residents. They enjoy the outdoors, especially golf and soccer.
#MagnoliaStateBank #congratulations #MSB #MagnoliaSpotlight 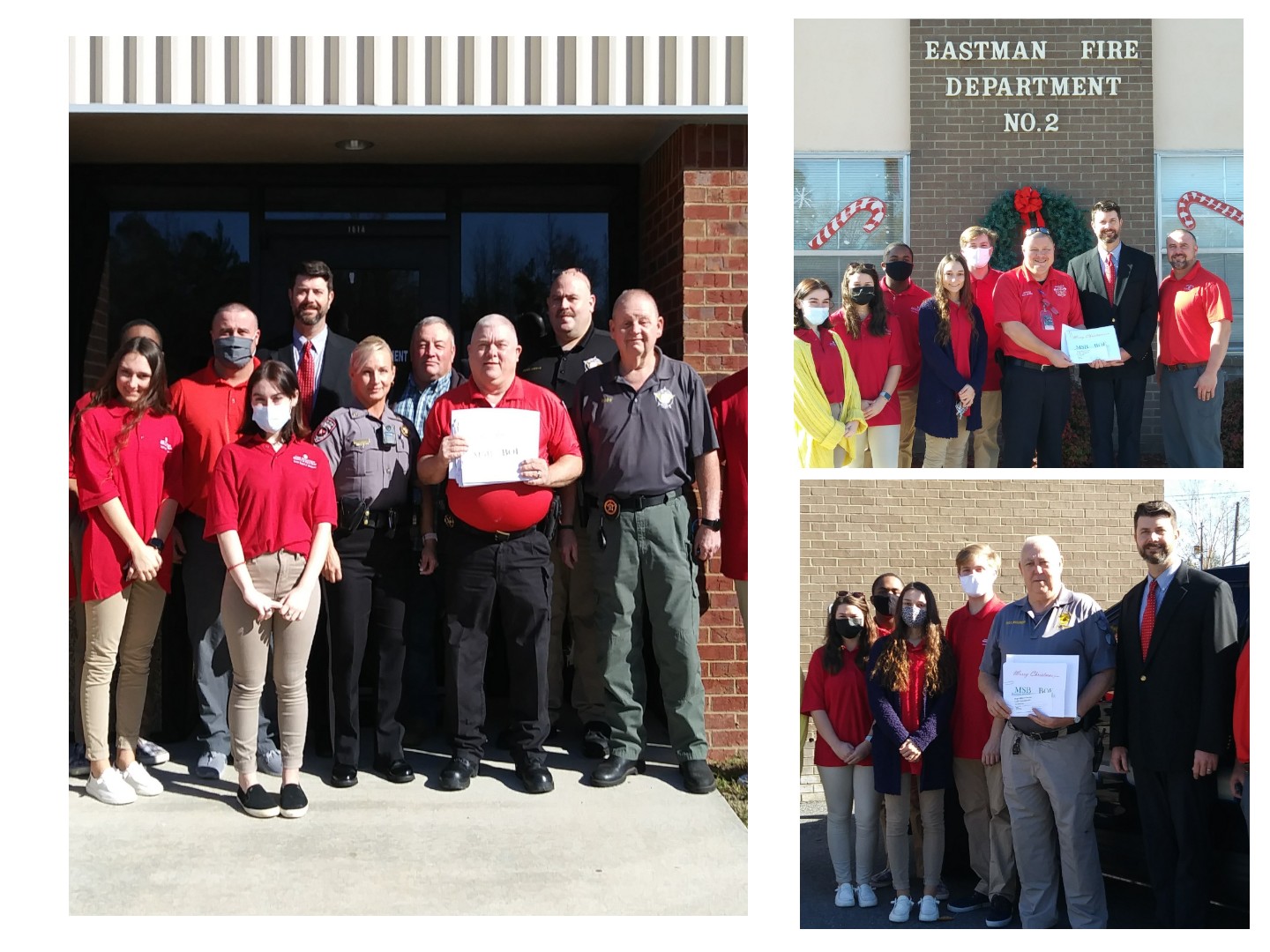 Magnolia State Bank presented Dodge County/Eastman essential workers, from the Sheriff, Police, and Fire Departments, a Christmas gift consisting of Shug’s BBQ gift certificates. Pictured above are our team members Jon Butler and Jamie Sheffield, along with the Eastman MSB Jr. Board of Directors.

The W. L. Jessup Memorial Scholarship Award has been instituted for more than 18 years at Magnolia State Bank, and was established in the memory of Mr. W. L. Jessup, one of our banks founding fathers. The scholarship was created to assist with the continuing education costs for those interested not only in our locally owned financial institution, but also for seniors who serve on the Magnolia State Bank's Junior Board of Directors. This award has been granted to more than 100 graduating seniors, and has substantially contributed to their paths for higher education.  This scholarship has been instrumental in helping form lives that contribute positively to local and surrounding communities.

Recipients this year were:  1st place Cayden Studstill, 2nd place Brayden Studstill, 3rd place Leslie Watson, 4th place MacKenzie Thomas.  These four not only held offices on the board but also led in several projects during the year.

Magnolia State Bank holds a coloring contest each year, where the winners receive a wonderful Christmas gift. Christmas time is the season of giving and we can’t go without taking care of the little ones. Seeing smiles on kids’ faces when they get their gift makes it all worth it.

Pictured above are the winners of our Saver Squirrel bicycle giveaway. A winner was chosen in each of our market areas out of all of those who were entered into the drawing. The winners are Adam Smith (Eastman), Izabella Sharpe (Gray), and Cayden Juhan (Milledgeville). Congratulations and Merry Christmas! 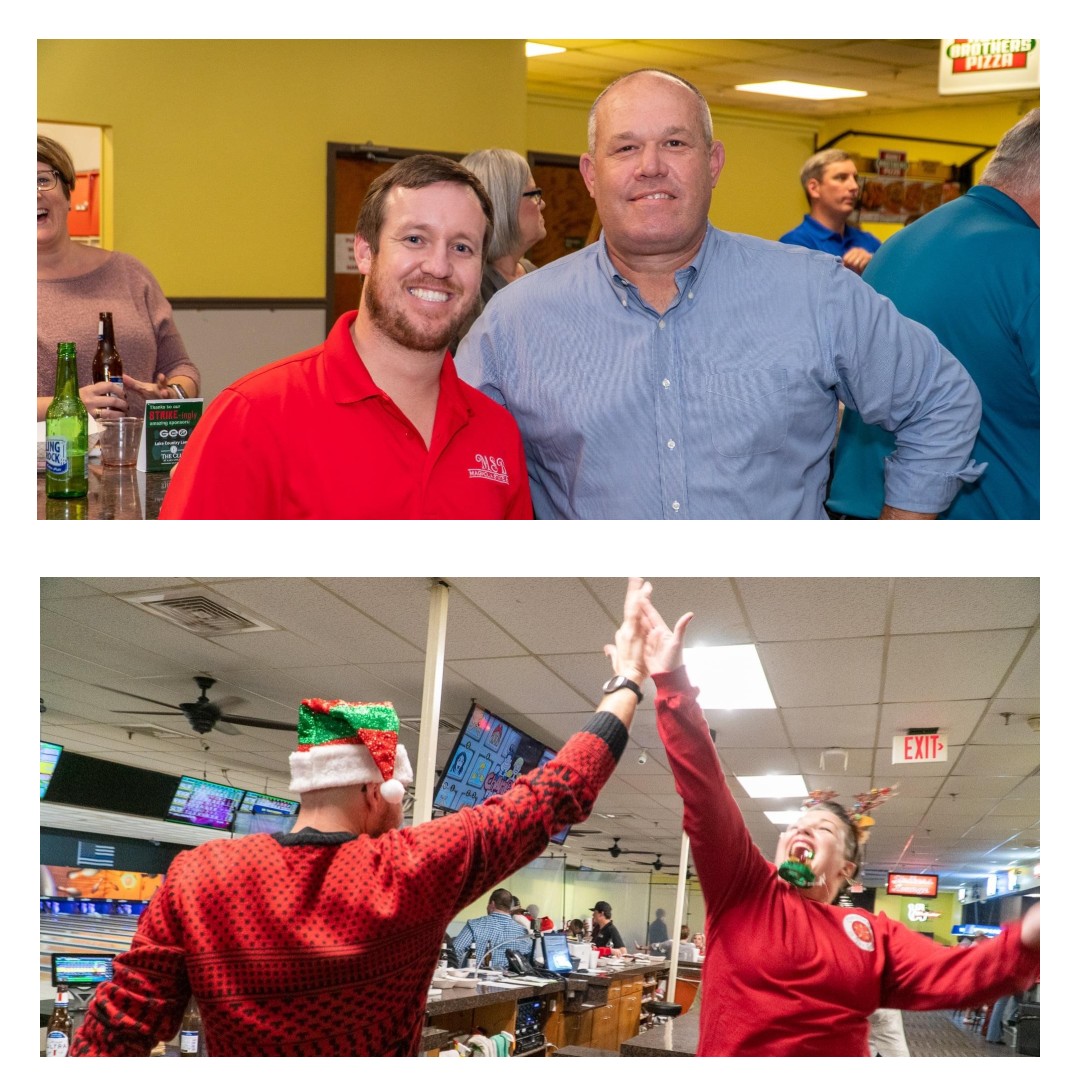 Pictured above are some of our Magnolia State Bank team members at the MBC Chamber of Commerce Annual Bowling for Business. It’s always a pleasure to unwind with coworkers and other business community leaders with a little friendly competition.

Bras for a Cause: 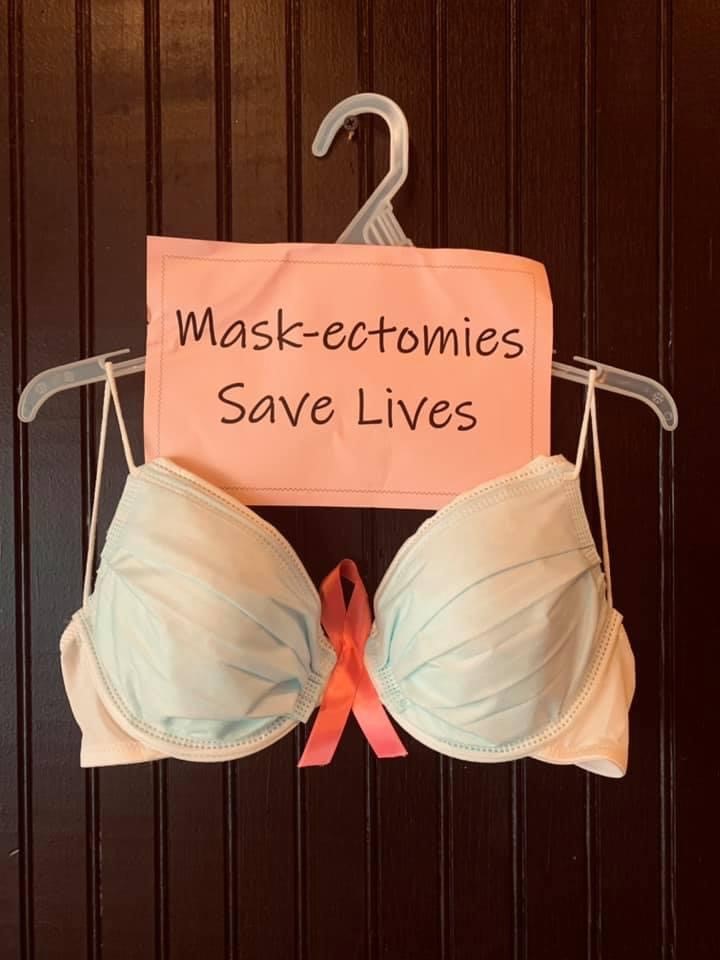 Every October, The Brick in Milledgeville, GA holds their annual Bras for a Cause contest to raise money for Georgia Cancer Support during breast cancer awareness month. Each participant submits their own bra design, with some flair. Magnolia State Bank has had the honor of being the reigning Champ since 2017! 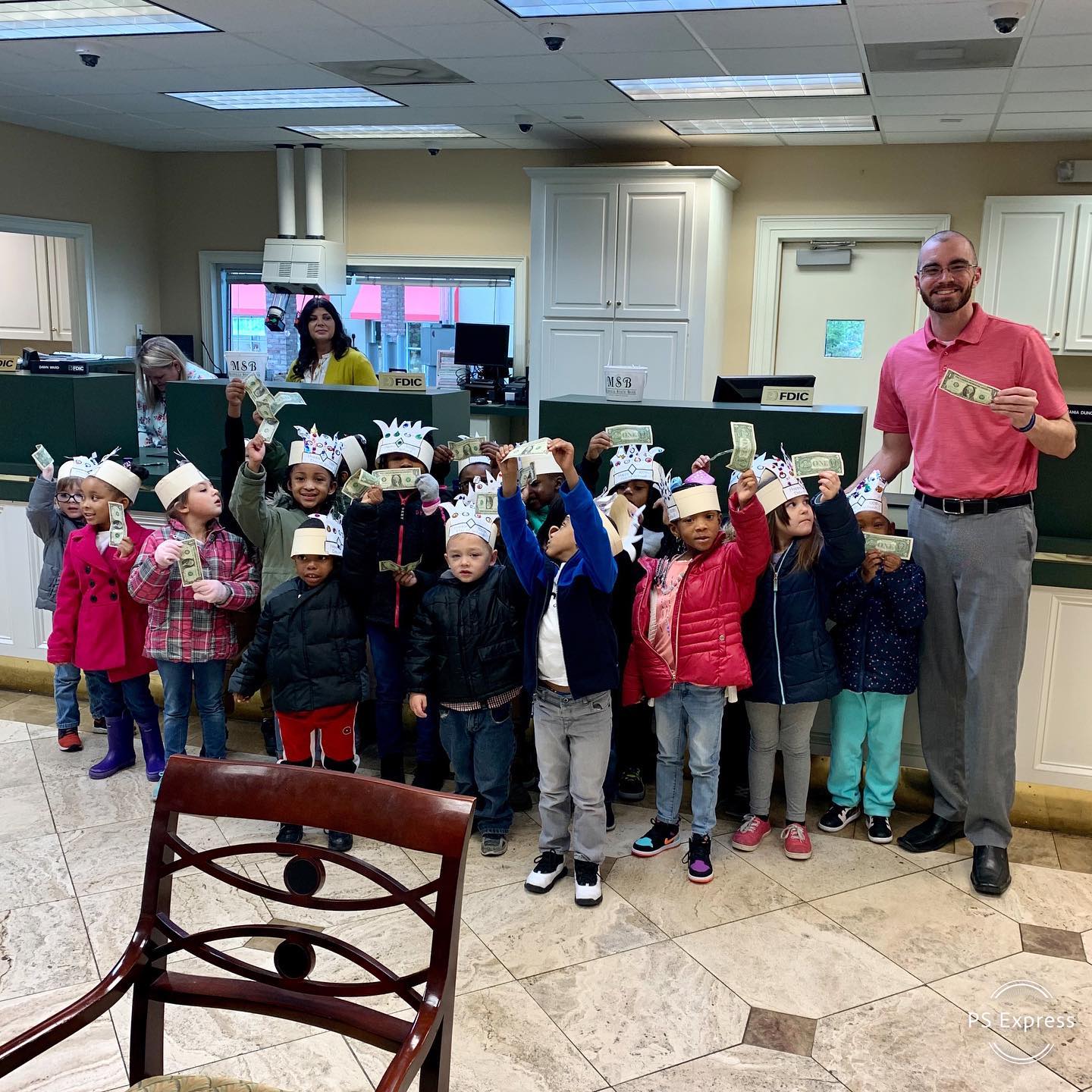 The kids at Baldwin County’s Early Learning Center love to celebrate their 100th day of school! They took a special field trip to visit our Milledgeville Office and were able to cash in their 100 pennies for a cool, crisp dollar bill. It’s always great to see their smiling faces! 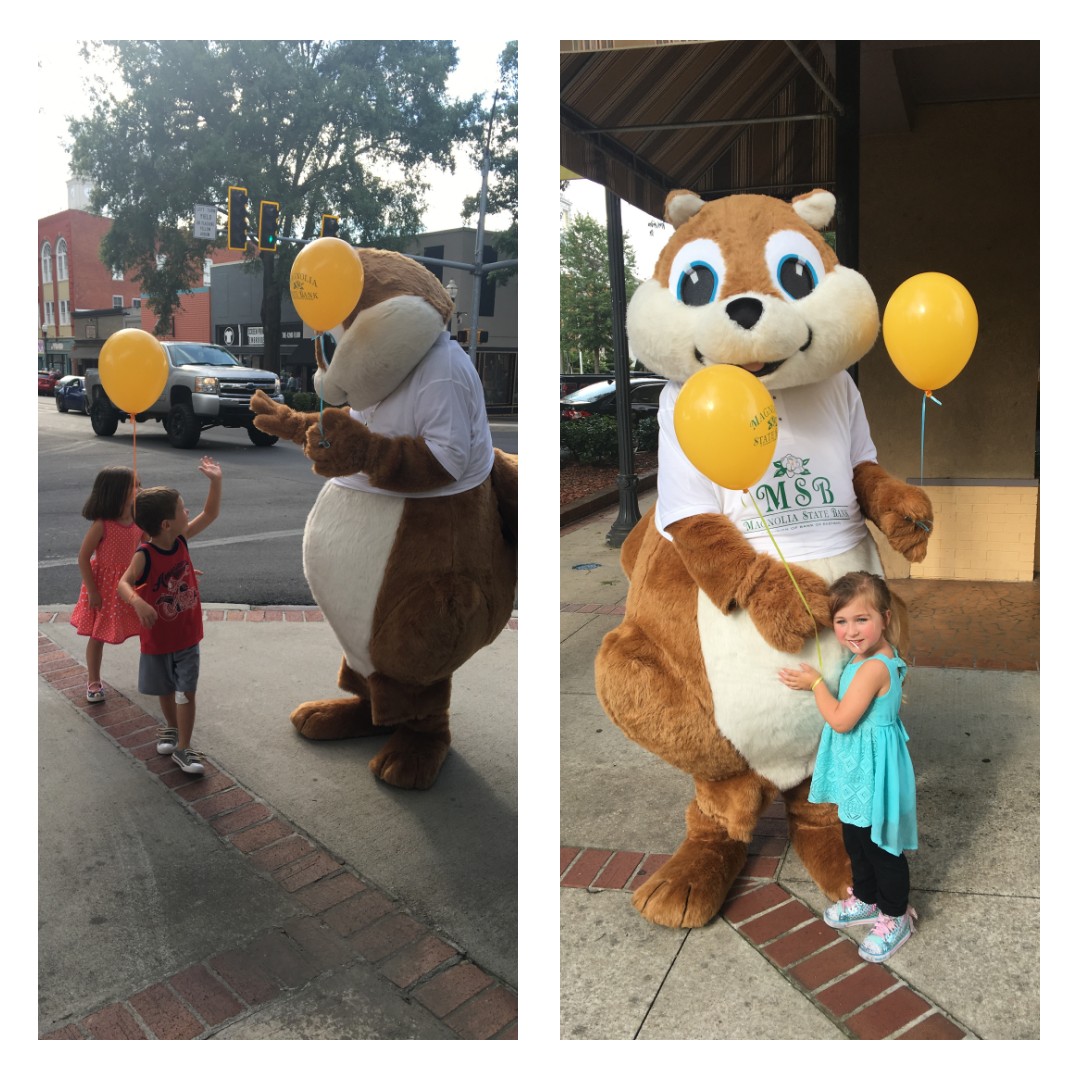 What better way to end a summer break than to have a Back to School Bash in downtown Milledgeville with Magnolia State Bank’s Saver Squirrel. Milledgeville Main Street was able to do just that to help the kids end their summer on a high note, plus they got to hang out with the Saver Squirrel!

Back The Blue Cookout: 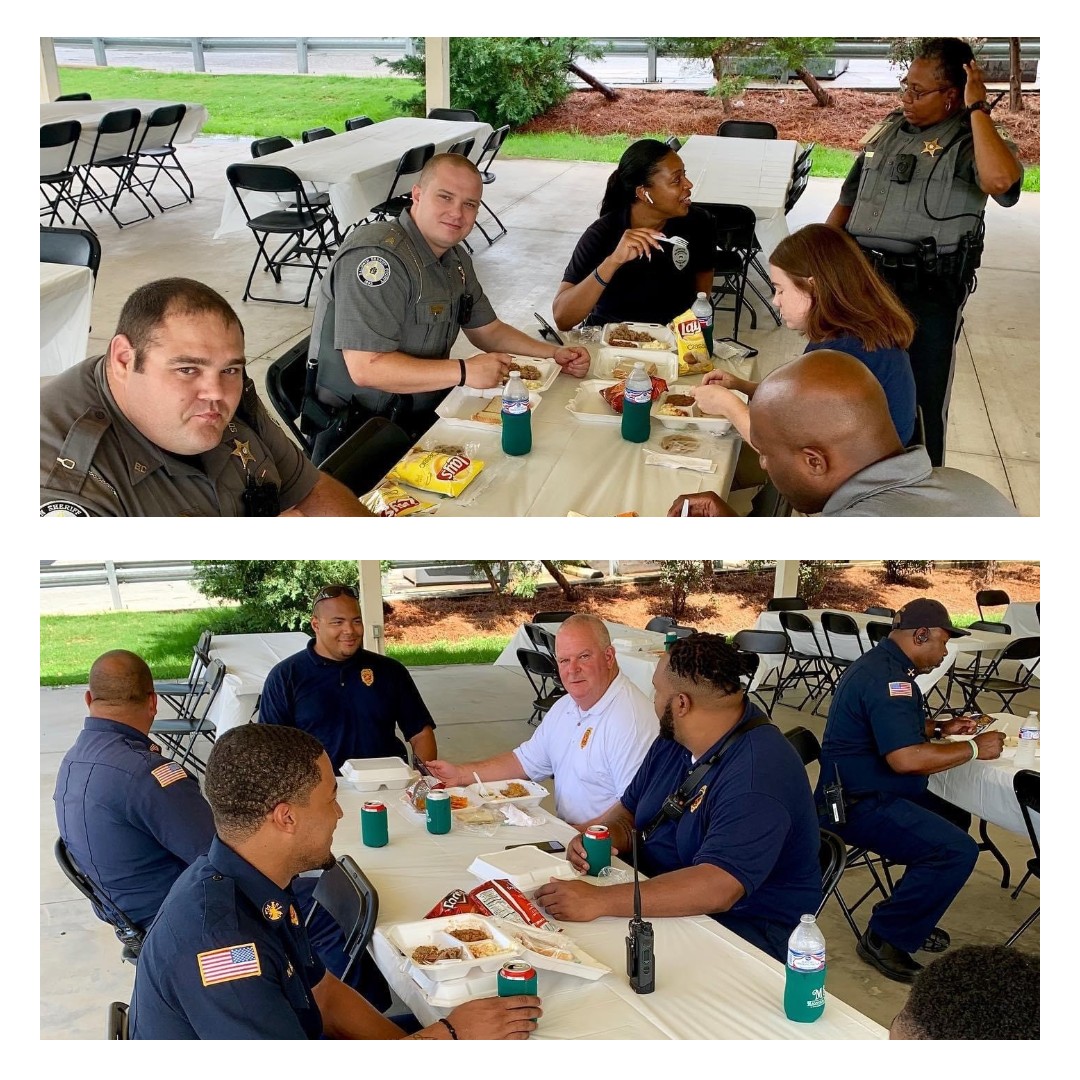 Our First Responders do so much for our community. Hosting a cookout to provide them with a good meal was the least we could do for them. It’s always an honor to give back to them when we can. 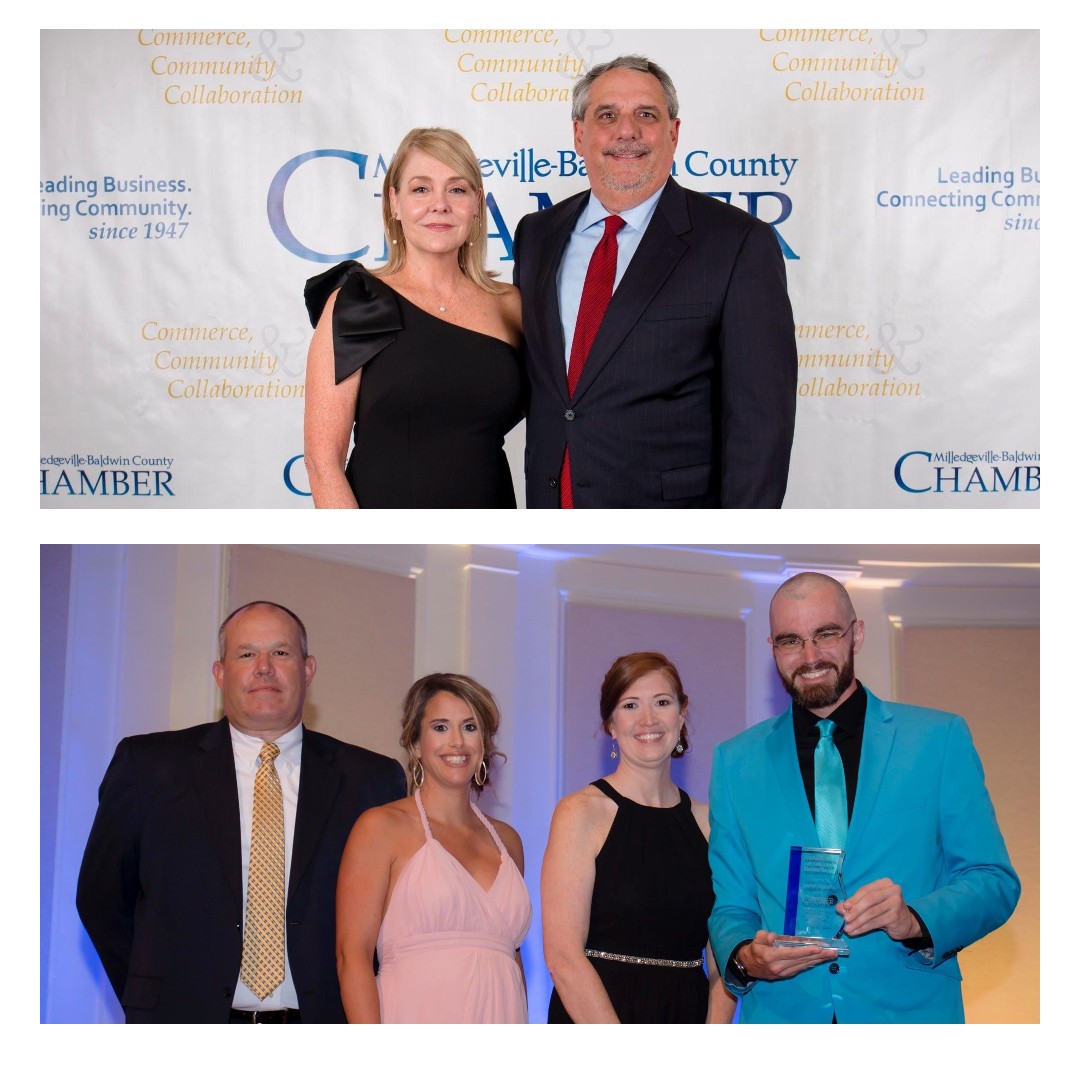 Each year, the Milledgeville-Baldwin County Chamber of Commerce recognizes the Small Business of the Year, along with other notable community awards. In 2019, our very own Jordan Norville was named Chamber Ambassador of the Year for his volunteer work with the Chamber and the local business community.

Congratulations to Jordan Norville on being named Ambassador of the Year for the Milledgeville Baldwin County Chamber of Commerce. Jordan regularly attends Chamber functions and positively represents Magnolia State Bank. This is quite an honor, as there are over 20 Ambassadors involved in the program. Way to go Jordan! Also, shown in the picture is MSB Market President, David Dyer. 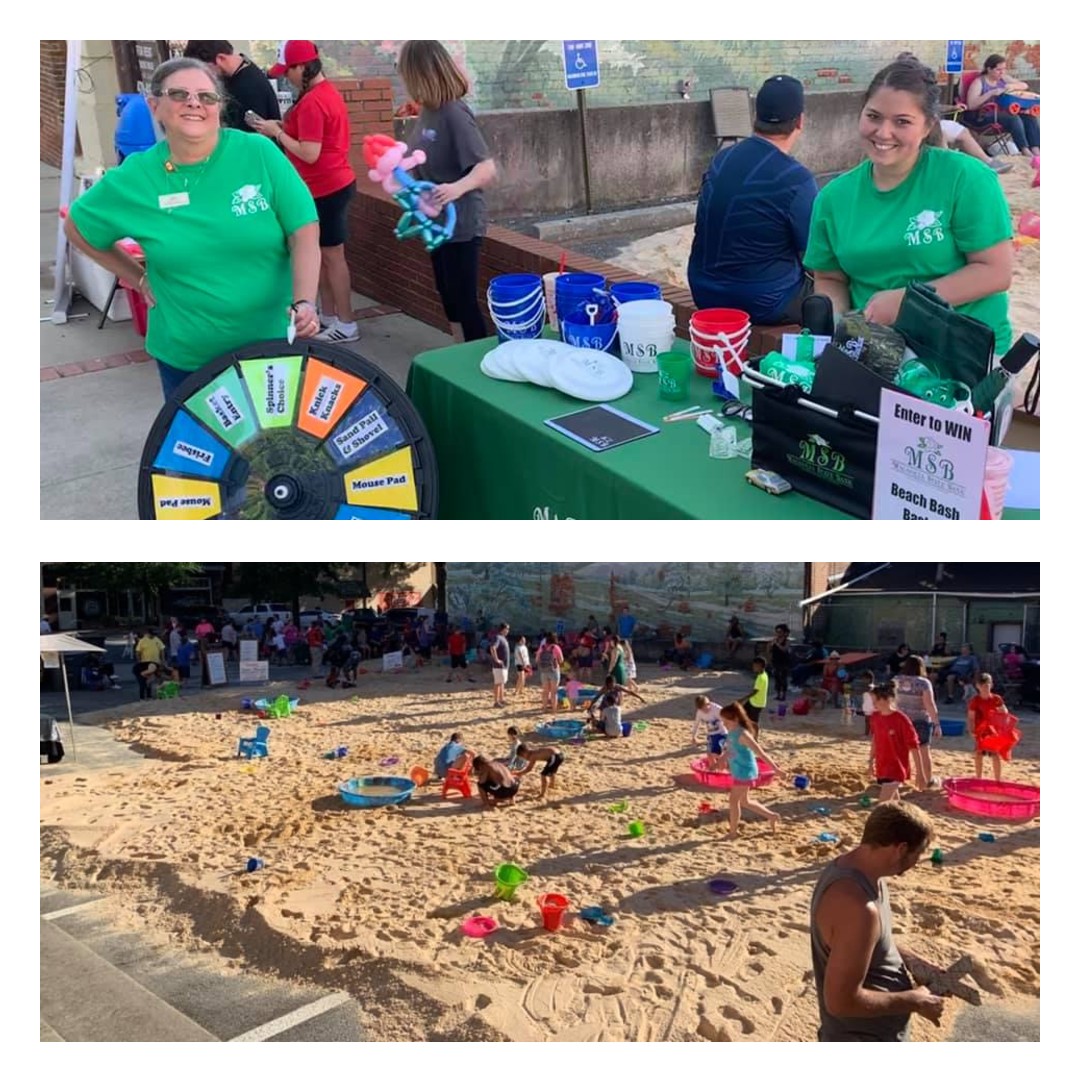 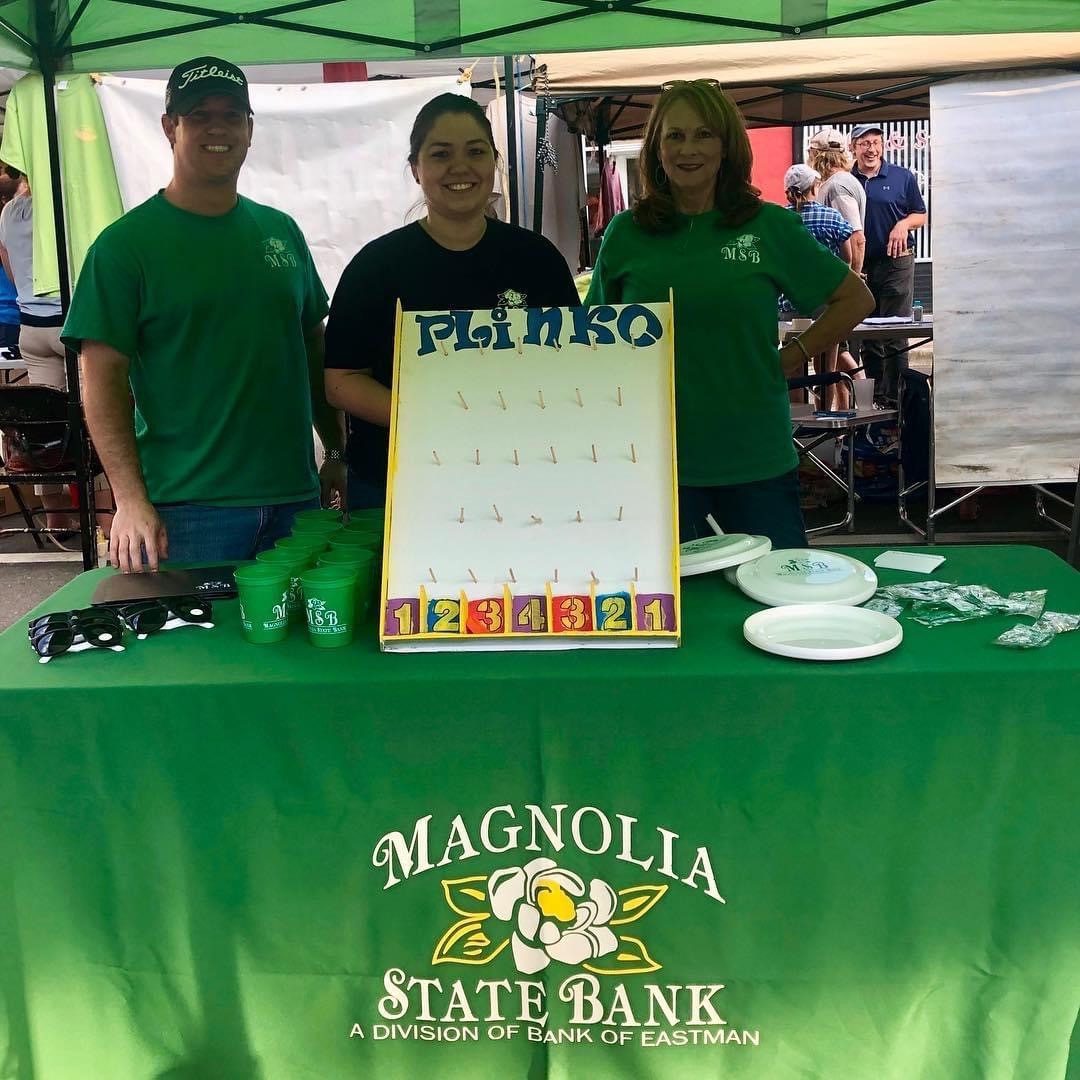 If you’ve ever attended one of Milledgeville’s Hometown Celebrations, it was very likely that you stopped by our table and walked away with free stuff! It’s always a great event, with a turnout that grows every year. We have a blast with everyone who stops by, and love talking to members of the community! 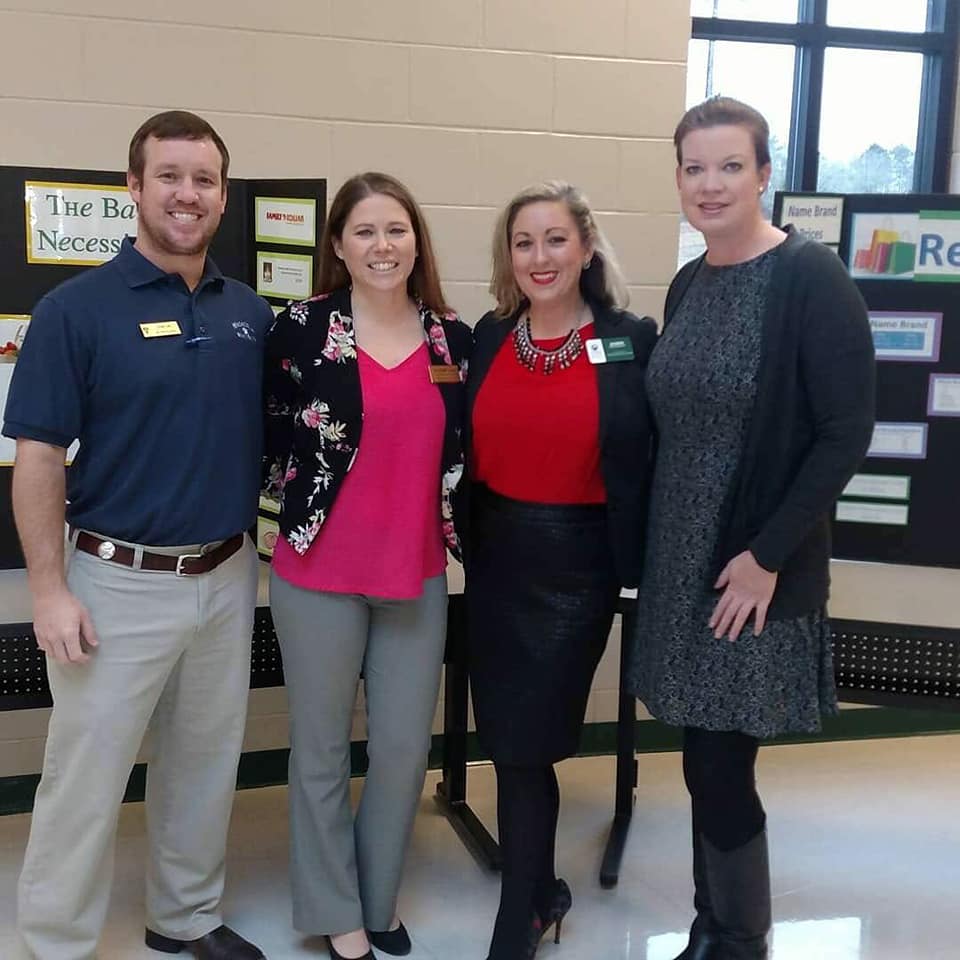 The Milledgeville-Baldwin County Chamber of Commerce held their Reality Check 2019 event at Baldwin High School. Our very own, Jesse Law, was there to give the kids an idea of what to expect after graduating! 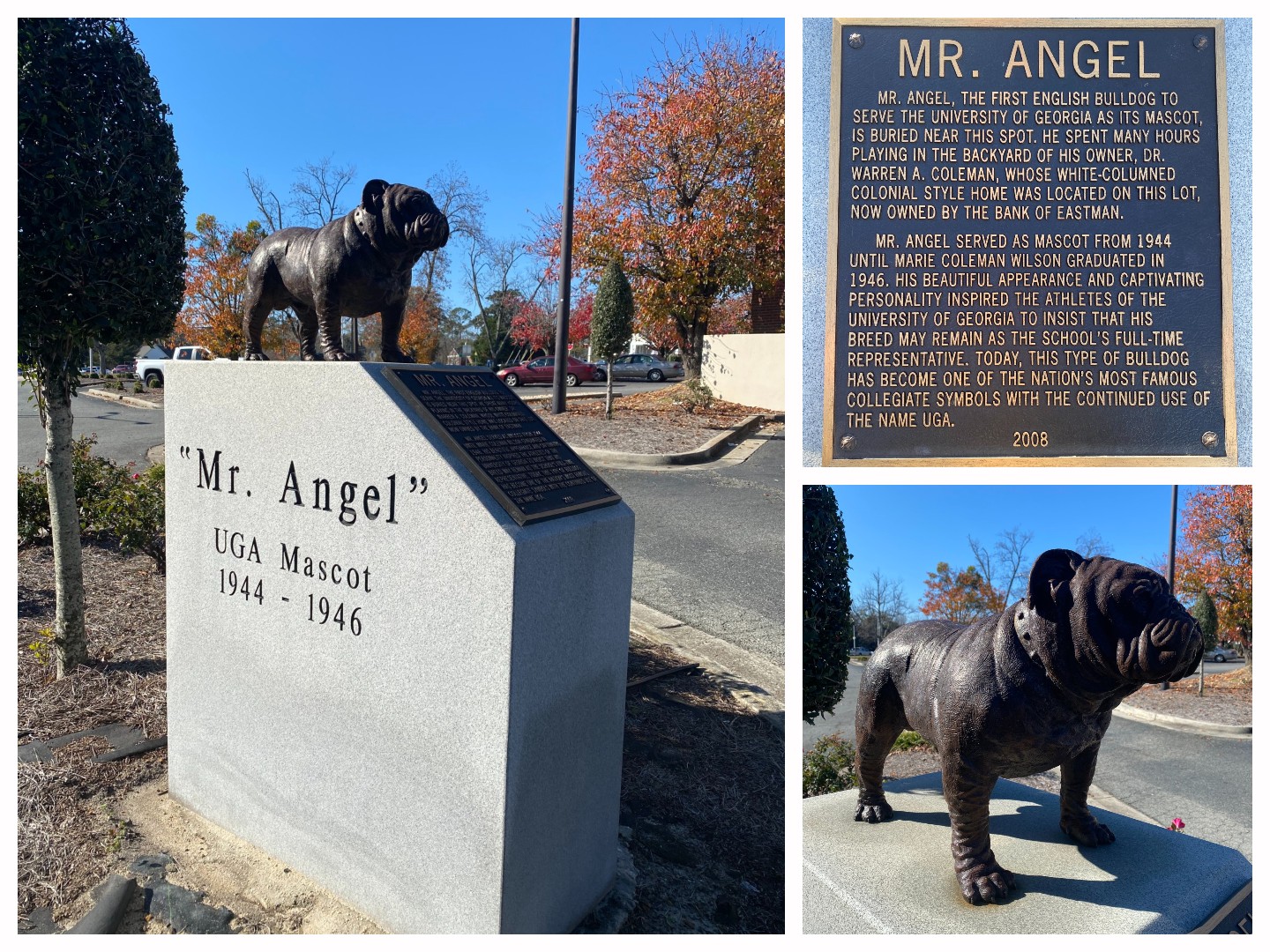 Let us do the work

Start your search with getting pre-approved. 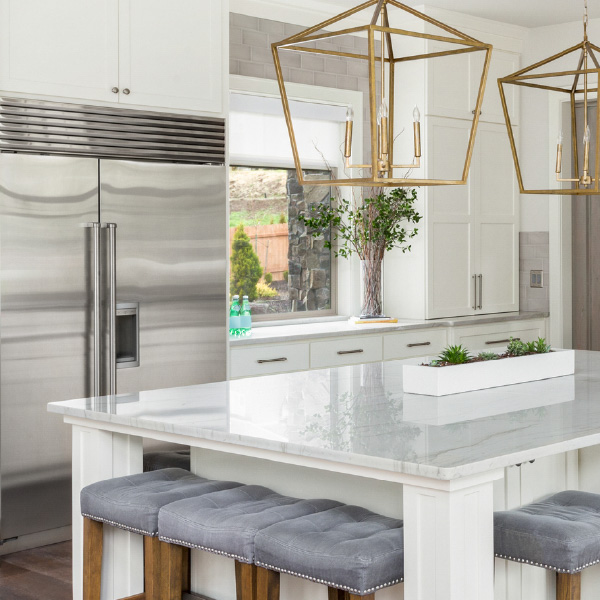 The next step for your home. 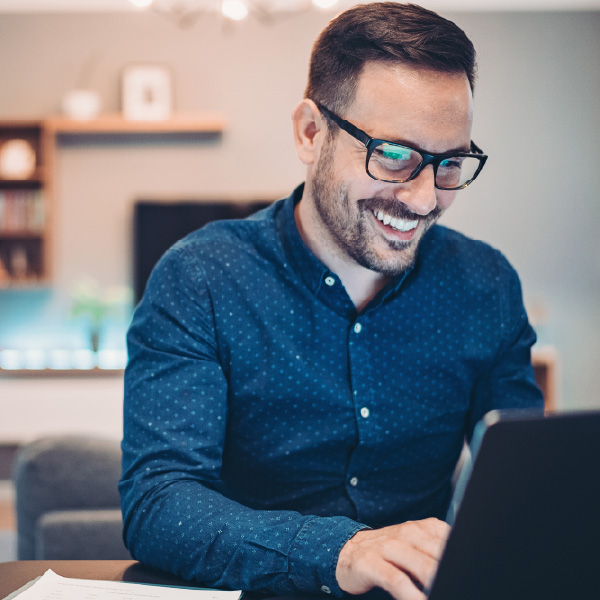